Joppe Beurskens, Marketing Manager « Abbot Kinney’s », can you describe the history of your company?

A long, long time ago – in the year 2014 to be exact – there were two entrepreneurial guys called Gijs and Jimme.

They knew each other from a local entrepreneur’s club and were looking for ideas to launch as a start-up when someone gave them a taste of coconut yoghurt.

This coconut yoghurt had come all the way from Abbot Kinney in Los Angeles and while it was similar to yoghurt, it was fuller, softer, dairy free and really, really good.

Simple, tasty and healthy, it was love at first bite.

So the boys decided to investigate. They travelled to Singapore, Thailand and Vietnam to learn everything they could about coconuts and coconut milk. A period of endless tests (and silly jokes) concerning bacterial cultures, fermentation times and temperatures followed as did eating lots and lots of coconuts.

Once they’d come up with the final recipe, the true romantic nature of entrepreneurship started. Waking up in turns at 5am to make the first Coco Starts, testing them, packaging them up and then, finally, selling them to shops.

It didn’t take long before they were filling cups late into the night to meet the growing demand for their dreamy coconut yoghurt. When they struck their first wholesaler deal, the boys knew it was time to introduce machinery to the production process.

Luckily, the simple recipe could be maintained on the machines without compromising on taste, texture or nutrition.

Fast forward to 2016 and as well as getting a full night’s sleep, Gijs and Jimme have been joined by Margreet, Niels, Joppe, Quirine and Anne-Marit. Abbot Kinney’s products can be found in hundreds of shops across the Netherlands, Belgium, Germany, Spain, France, the UK and Sweden.

In addition to three types of Coco Start, you can now buy Almond Start (like Coco Start but made from almonds), Coco Frost (the ice cream version of Coco Start in natural, strawberry and cocoa flavours) and Almond Frost.

The adventure is not over.

Why you have launched these products and who are your consumers?

The first time we tried the coconut yoghurt we didn’t realize it wasn’t a dairy product. We just liked the product. On the other hand there’s is a need of good quality plant-based yoghurt and frozen yoghurt alternatives. Reasons enough to launch Abbot Kinney’s.

Our consumers are everybody. Not only vegans, but also people with a lactose intolerance, people who eats sugar free and people who just loves good food.

What is the role of innovation in the creation of your products?

We’re always busy with developing new products and new flavours. Also improving our current products are important. In our team we have two people working on that and every week we have tasting sessions with the whole team.

Two months ago we launched our new flavours: Coco Start Raspberry, Coco Start Blueberry and Banana and Almond Start Banana. At the moment we’re creating new ice cream and there is more to come..

At Abbot Kinney’s, we use the best ingredients we can find to make plant based, organic products that taste delicious.

Whether it’s our Vietnamese coconut milk, our Sicilian almonds or our Alfonso mangos from India, only the tastiest, healthiest and most nutritious ingredients make the cut.

Similarly, we try to use as few ingredients as possible, never use unnatural additives and go out of our way to responsibly produce everything we make.

We promise that everything from Abbot Kinney’s will always be tasty, nutritious and plant-based.

What is your vision of the future of food?

Plant-based products are the future instead of dairy alternatives. We believe it will be the standard and we’re working hard on to make that possible. 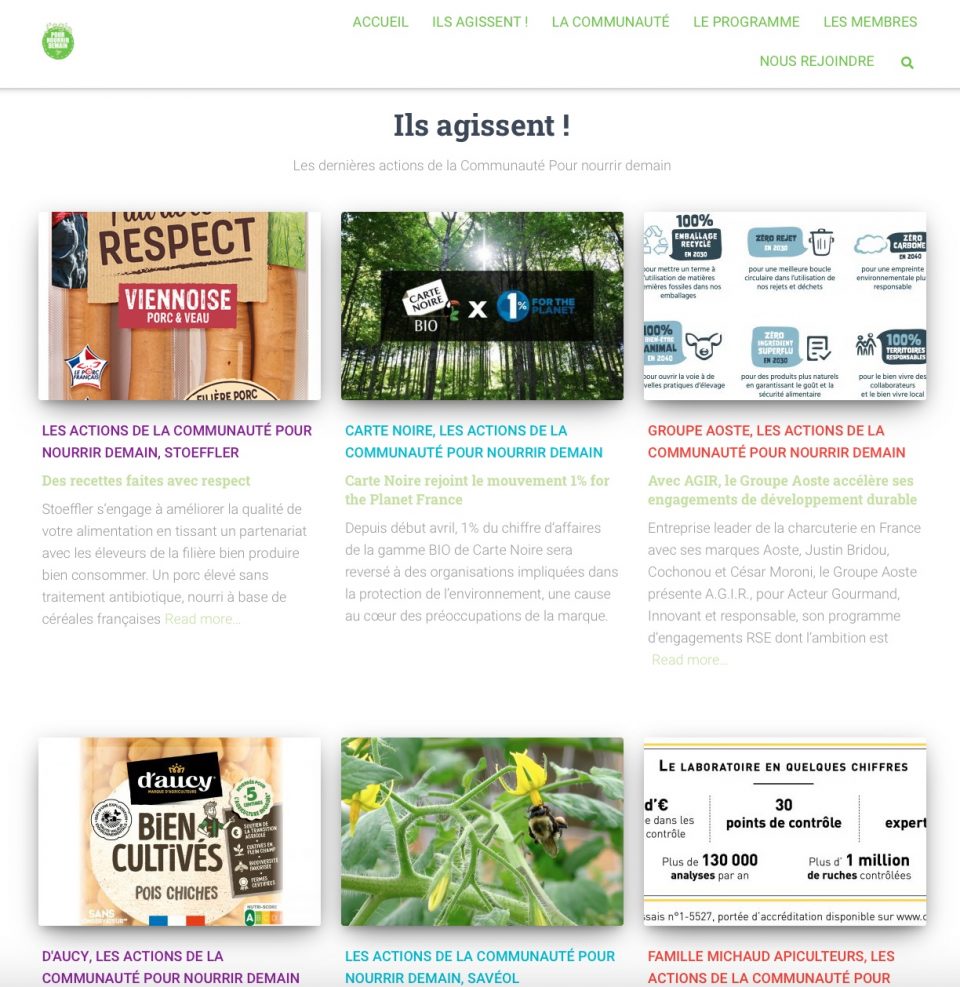 MEMBRE 1% FOR THE PLANET